Home Our Films Upcoming Antonio Banderas Movies: Everything The Action Star Has Coming Out

There were many Spanish stars that I grew up watching in my household, in various Latinx films or mexican films from Salma Hayek to Sofia Vergara to many others, but one that was a pretty constant staple in my household was Antonio Banderas, a Spanish actor who has been in some of my favorite movies, like Desperado, the Shrek series, Interview with a Vampire and many others.

With someone who’s been in as many films as him, he’s bound to have some awesome films coming out. And sure enough, he does, from Indiana Jones to Uncharted. While he won’t be appearing in any upcoming 2021 movies, you should keep an eye out for him in the next year for all these great Antonio Banderas movies.

There have been plenty of video game adaptations over the years and recently, and more coming up, from big names like The Last Of Us coming to HBO, or Resident Evil yet again getting adapted, but one movie that everyone is talking about is Uncharted. And Antonio Banderas is set to have a role in it.

Antonio Banderas is a part of the Uncharted film coming out next year, alongside Tom Holland known for his role as Spider-Man in theMarvel Cinematic Universe

The movie, which will be directed by Venom director, Ruben Fleischer, follows the tale of a Nathan Drake, a treasure hunter who journeys around the world to uncover various historical artifacts and mysteries.

While the movie has been pushed off many times due to the COVID-19 pandemic, it seems that it’s on track to come out soon.

I for one can’t wait to see this video-game adaptation, and hope it will be just as good as it looks. It’s set to come out in February 2022, so hopefully, we won’t have to wait much longer.

Indiana Jones is a series that I truly think will go on forever, and now, we have a fifth film to prove that – with Antonio Banderas signing on. Banderas is set to co-star alongside Indiana himself, Harrison Ford, in the untitled fifth Indiana Jones film, set to come out on July 29, 2022.

The Indiana Jones 5 cast is also filled with other stars alongside Harrison Ford and Antonio Banderas, including Phoebe Waller-Bridge from Fleabag, Mads Mikkelson, Boyd Holbrook, and Shaunette Renee Wilson.

It’s unknown what whatever Banderas will be playing – or what the plot of Indiana Jones 5 might even be about – but I’m sure with this cast, it’s going to be a fun ride – except for the fact that this might be Indiana’s last official film.

There was also a report from The Daily Mail, that fellow co-star Phoebe Waller-Bridge could be taking on the mantle next of Indiana Jones following Indy’s conclusion. Whether this is true or not, I can only think what the story of this movie might be – and how they might pass on the legacy of Indiana Jones to the next.

I’m sure Antonio Banderas will be awesome in whatever role he plays in the upcoming adventure. Deadline reported in June 2021 that filming was underway, so thankfully it won’t be long before we see Indy on the big screen again – and possibly for the last time.

You guys remember the cat from Shrek 2? That adorable ginger one with the big eyes? His name is Puss, and he is in Boots, and he will be getting a sequel that’s due to release in 2022.

Antonio Banderas is set to reprise his famous voice role as the adorable cat that’s good with a sword and looks cute in a hat. They say that the film stars Puss, who has not burned through eight of his nine lives, and follows an epic journey to find the mythical Last Wish and restore all of his nine lives.

The set release date so far is September 23, 2022. Hopefully there will be no push backs for this anticipated new movie, and we’ll get to see Puss be a badass cat yet again.

The Enforcer – Expected To Be Released In 2022 (Filming)

Next, we take a look at the upcoming crime thriller film The Enforcer.  Antonio Banderas is set to star in the film, alongside Mojean Aria, Zolee Griggs, Alexis Ren, and Aaron Cohen.

Two other stars are Kate Bosworth and rapper, 2 Chainz, who are both set to join the film.

The thriller is set in Miami, following an enforcer who discovers his femme fatale boss has breached out into cyber sex trafficking, putting a young runaway that he has become friends with at risk. Now, he sacrifices everything to save the young girl from the deadly organization he’s spent his whole life building up.

Filming was underway in June 2021, as reported by the Deadline article from before, so keep an eye out for any new news about this upcoming movie. A crime thriller with Antonio Banderas starring in it? Sign me up. 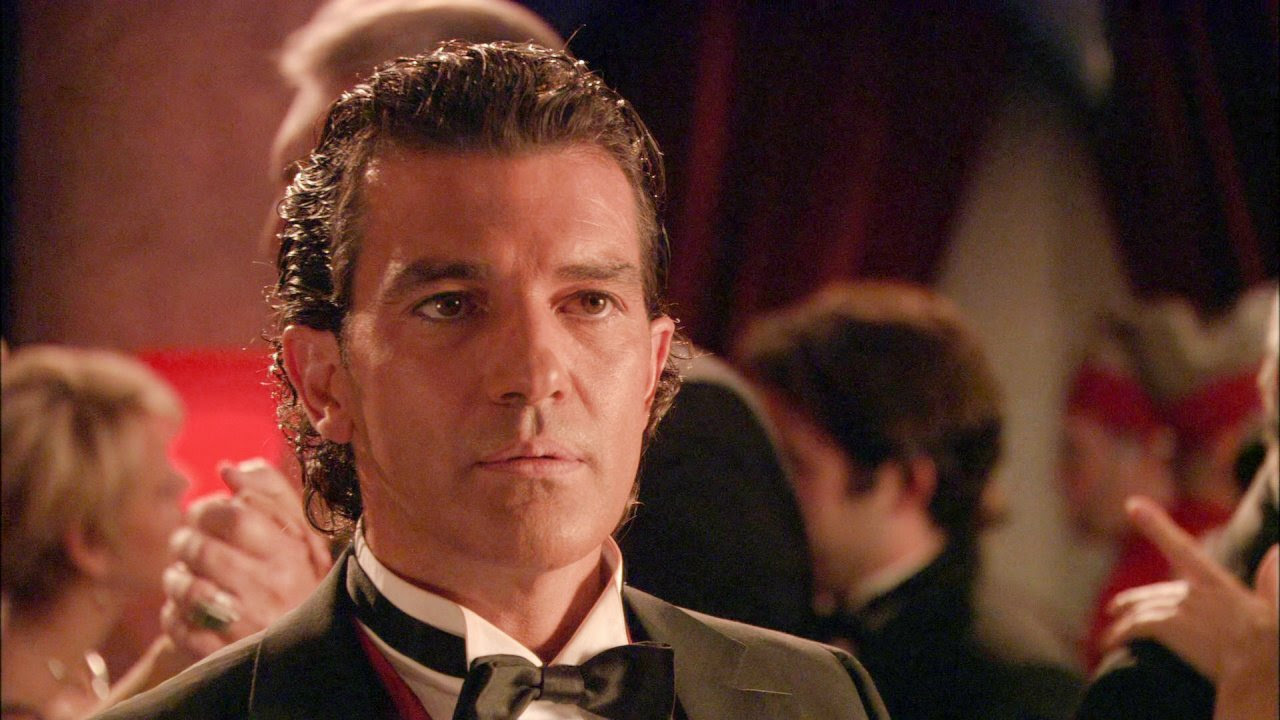 Antonio Banderas is set to star in Banshee, an action movie that is directed by Jon Keeyes. Jaime King and Tommy Flanagan are also set to star alongside him.

Per the Variety article, the film will follow a freelance assassin, codenamed Banshee (who is played by King), and is ambushed by Anthony Greene (played by Flanagan) a mercenary who killed her father and is now seeking to collect a bounty that was set on Caleb (played by Banderas), her former black ops mentor.

Casting for this movie was announced in September 2021, so not a lot of news has come out yet on when a release date might be. Hopefully soon, we’ll have some updates on when filming will begin, and how soon we can expect to see Banshee hit theaters.

The Monster Of Florence – TBA (Pre-Production)

While this is a limited series, it’s worth putting up on this list.  Antonio Banderas is set to star in The Monster of Florence, a miniseries about a reporter (played by Banderas), who alongside American fiction writer Douglas Preston, investigates one of the most notorious serial murder cases in Europe.

The book is based on the novel The Monster of Florence: A True Story, written by Mario Spezi and Douglas Preston, the two main characters in the limited series. As someone who is a fan of true crime series, I am so excited for something like this. There’s no set premiere date for this interesting-sounding miniseries, but I’m sure that whenever it does come out, it will be just as interesting and intriguing as it sounds.

Which one of these films are you looking forward to the most in this upcoming line-up? For me, I’m eager to see what Indiana Jones 5 is going to look like – and who Banderas will play. Hero? Or villain? The anticipation is killing me. 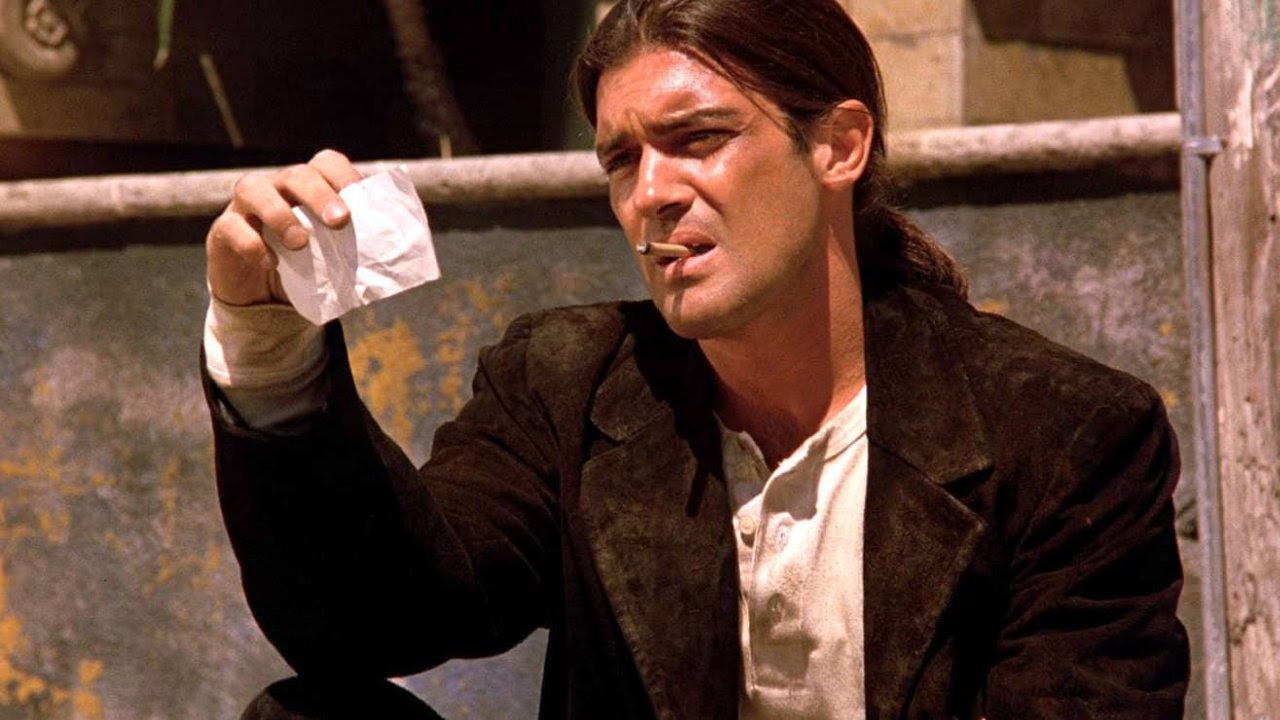 0
0   0
previous Johnny Depp Explains His Connection To Pirates Of The Caribbean’s Jack Sparrow, Even If His Time On Screen Is Done
next IMAX Has Best October Weekend Ever Thanks to Venom 2 & No Time To Die

Check Out List Of Movies Coming To Netflix In May 2020

‘Resident Evil’ And ‘Goodfellas’, Among Classic Movies Coming to Netflix in March.