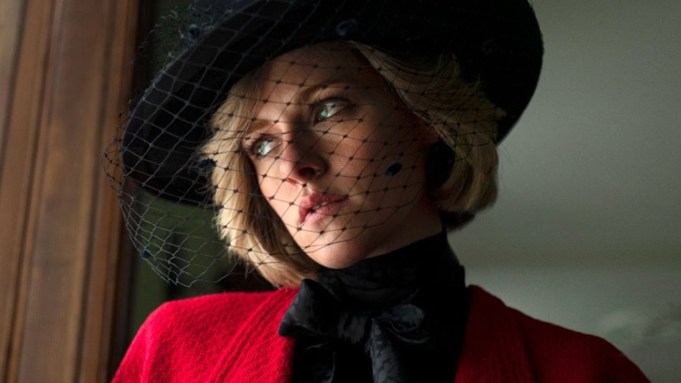 The official trailer for Spencer has arrived.

Directed by Pablo Larraín, who previously directed the 2016 biopic Jackie, Kristen Stewart stars as the late Princess Diana. The film takes place over a weekend in 1991 as Diana must stay at the Queen’s Sandringham Estate for Christmas festivities amid her decision to end her marriage to Prince Charles.

Throughout the trailer, Stewart’s Diana can be seen struggling with maintaining a perception for the public eye (“They are getting very serious about you, so stand very still and smile a lot,” she’s overheard being told) while attempting to hide her own unhappiness (“Mommy, what’s happened to make you so sad?” she’s asked.)

“Here, in this house, there is no future. The past and the present are the same thing,” Stewart’s Princess Diana says, only to later pose a haunting question as she asks, “Will they kill me, do you think?” Princess Diana died after a car crash in Paris in 1997.

The trailer arrives after a teaser debuted last month.

Written by Steven Knight, the film follows Diana and aims to put the audience “in her head.”

“What I wanted to do was to not tell the story that everyone knows, but to try and do something else, which is try and understand one individual who was a human being thrown into an exceptional situation and how she did or didn’t deal with it,” Knight told The Hollywood Reporter.